A House Clearing -Bring More Love Into a Space

Recently I was asked to do a house clearing, and it was a uniquely special event I wanted to share because it is work I am meant to do!

A dark entity had settled into a home and wouldn’t go away, causing great angst, panic and fear, resulting in many restless nights and . There was previous history of this evil presence, so it was definitely a force to be reckoned with.

And while my work is usually blessing a house, which is more about “renewing energy and bringing in new intentions,” This was more about removing evil, negative energy and reempowering the occupants.

First, I spoke with the house members about their experiences. When did they feel this presence and how was it interacting with them? The overall theme was it was usually in the basement at night. The other thing I noticed was that one of the residents, Hailey, was a highly sensitive person who was very vulnerable and tended to feel the presence more than the others.

Then, I came up with a three prong plan.

Because I wasn’t able to be there right away to clear it, I gave them tools to begin to refill their own energy which would begin to raise the energy of the home. This has everyone focusing on their part of how to help solve the problem and find positive ways to deal with things. I also gave specific tasks to Hailey to help her protect herself from psychic attacks and to also help her feel safe.

On the day of the house clearing, I asked them to open all the windows, so there would be a place for the negative energy to go. With the Holy water I made, I showed them how to go on the four corners of the house and invoke a prayer. I then handed the bottle to Hailey because not only was she energetically sensitive, she was highly intuitive, and I knew she would know just where to place the water and how to speak to the energy. She was amazing as I knew she would be!

Next, we held hands at the front door and said a prayer and each person asked for something they wanted to bring into the home, peace, love, joy, etc. Then, we went to each room of the house and set an intention of what we wanted to create in that room.

Once we got to the rooms in the basement, we noticed a shift of energy. A wind came through the room and swept it clean and it felt a slight bit lighter. We sat down in the room and blessed the spirit that was there. We told it we had no ill will and that it was time for it to move on and toward completing it’s cycle and move toward the light. We sent it off with lots of love. In doing this, we were not “fighting” with the spirit, we were changing the energy of the home to make it unliveable for energy at that vibration to exist.

Lastly, the mother and I put our hands on Hailey’s head and blessed her and filled her with so much love. We added a shield of protection around her and the rooms. This empowered the relationship and let them know they could bless each other if this were to happen again.

The best part was that Hailey began to think of ways she could raise the vibration of the room. She asked if the items in her room and what she had on the walls made a difference? I returned the question with, “What do you think?” We talked about how everything in her room were symbols of her thoughts and feelings being outwardly expressed. Again, the goal was to show her the power of her own mind and her own vulnerabilities. I asked her to try an experiment. Start with taking down a couple of things, bless them and send them away and see if she noticed a shift in the energy, and then make decisions from there. After all, her intuition was strong!

In a follow up session, I suggested maybe she find a couple of places to put the color yellow to brighten things up. It is also a color of the solar plexus, our power center, where we have the freedom to be ourselves and own our energy. Another suggestion was to bring in a plant or two.

Hailey took out some dolls she throught were creepy and had some spooky characterisit traits. I asked, “What if you gave them new names and new personality traits that were more positive?”

All along the process of the house clearing, I reminded her she could always change her symbols and their meanings, and that we ALWAYS have the power to change things with our minds and intentions.

Sometimes we can use a guide along the way and extra support and good vibes hanging around. If you are in the Treasure Valley area, Boise, Meridian, Nampa etc., please give me a call. I would love to help you bring more love into a space. Bless your journey, Love, Marie (aka luvrev)

Marie invites people to play, dance and love more actively in their relationships so they can experience more JOY, PEACE and INTIMACY. Marie is a relationship coach with over 25 years of experience in Boise, Idaho. 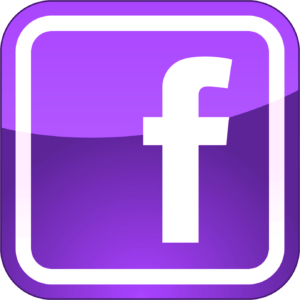